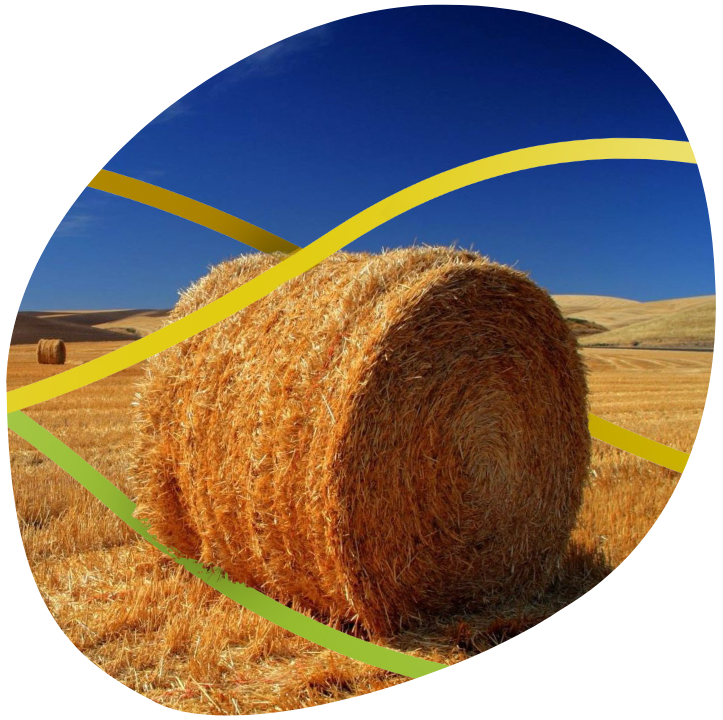 The overall objective of the H2020 FlexSNG project is to develop and validate (TRL5) a flexible and cost-effective gasification-based process for the production of pipeline-quality biomethane, high-value biochar and renewable heat from a wide variety of low-quality biomass residues and biogenic waste feedstocks.

Biomethane, also known as “renewable natural gas”, is a near-pure source of methane produced either by upgrading biogas or, as in FlexSNG, through the gasification of solid biomass followed by methanation. The high-purity biomethane produced in the FlexSNG process complies with the gas quality specifications of natural gas networks and can therefore be stored and distributed using the existing gas infrastructure. Biomethane can be used in various applications in energy production, transportation and industry.

Biochar is a charcoal-like substance that is produced from biomass typically in a pyrolysis process in the absence of oxygen. In the FlexSNG process, however, biochar is formed as a by-product in gasification where feedstock conversion to gas is deliberately reduced down to 70-80% to recover the biochar from the bottom of the gasifier. Biochar is an easily storable bioenergy carrier that can be used to displace fossil feedstocks in energy production and industry or e.g. in agriculture for soil amendment.

The FlexSNG plant is integrated with local energy systems to utilise the by-product heat from the process as renewable steam to industry, or as renewable district heat to communities. Such heat integration enables high overall efficiency (>80%) that is comparable to combined heat and power production plants. 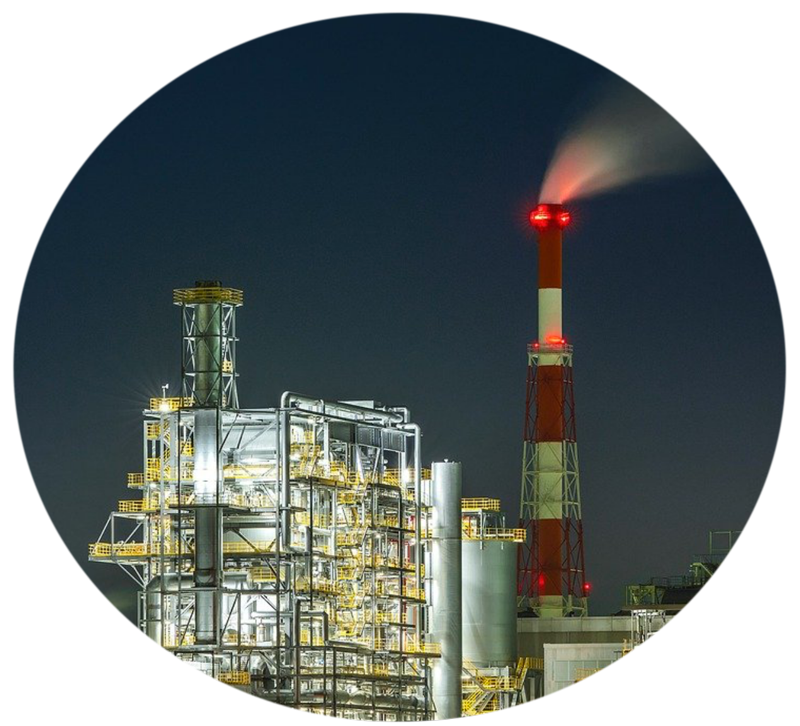 The new gasification-based concept of FlexSNG allows reducing biomethane production costs by 30% compared to state-of-the-art biomass-to-SNG designs owing to the combination of new technology innovations in the conversion process and feedstock supply chain optimization. The target is at medium-scale conversion plants, corresponding to 50-150 MWth feedstock input, that enables the use of local biomass residues and biogenic waste fractions without heavy transport logistics. 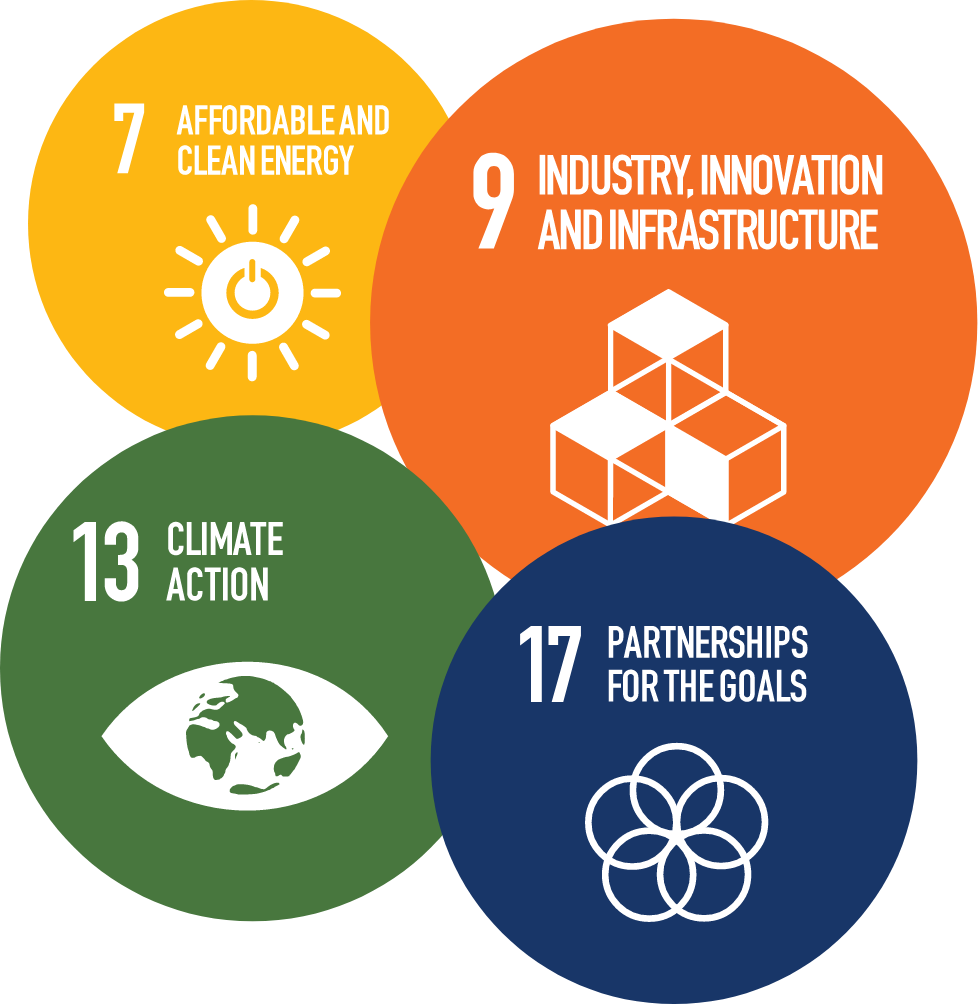 FlexSNG is built on international cooperation between European and Canadian partners allowing the project to ensure effective realisation of project activities and achievement of cost reduction targets set for both feedstock supply and conversion process. One of the key benefits of the FlexSNG process is its feedstock-flexibility, which allows for wide geographical replication of biofuels/bioenergy carriers production in Europe, Canada and beyond. 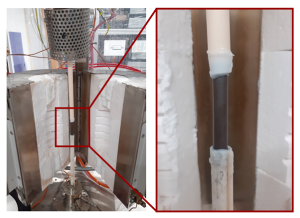 Test of performance in gasifier-fed conditions and advances in the design of the prototype module to couple to VTT gasifier Oxygen transport membranes, or OTMs, 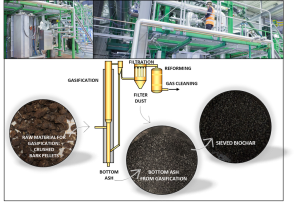 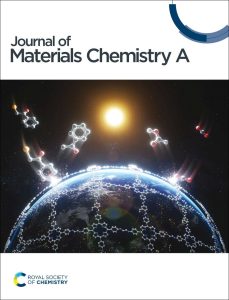 A review on dual-phase oxygen transport membranes: from fundamentals to commercial deployment, written by R. Kiebach et al, and published in Journal of Materials Chemistry 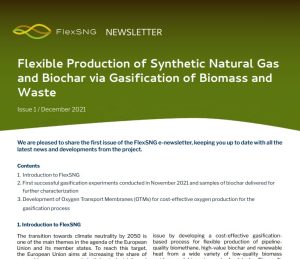 Read about FlexSNG and the latest project updates in the full newsletter here! 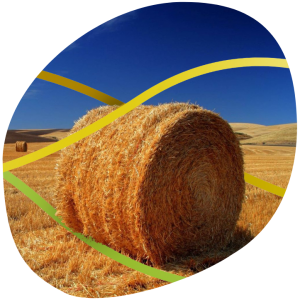 The transition towards climate neutrality by 2050 is one of the main themes in the agenda of the European Union and its member states. To reach this target, the European Union aims at increasing the share of renewable energy sources in both heat, electricity and transport use.

Read More »
Read all the news
Menu
Menu
XWe use cookies on our website to give you the most relevant experience by remembering your preferences and repeat visits. By clicking “Accept”, you consent to the use of ALL the cookies. In case of sale of your personal information, you may opt out by using the link Do not sell my personal information. Read MoreAcceptRejectCookie settings
Manage cookie consent

This website uses cookies to improve your experience while you navigate through the website. Out of these cookies, the cookies that are categorized as necessary are stored on your browser as they are essential for the working of basic functionalities of the website. We also use third-party cookies that help us analyze and understand how you use this website. These cookies will be stored in your browser only with your consent. You also have the option to opt-out of these cookies. But opting out of some of these cookies may have an effect on your browsing experience.
Necessary Always Enabled
Necessary cookies are absolutely essential for the website to function properly. These cookies ensure basic functionalities and security features of the website, anonymously.
Functional
Functional cookies help to perform certain functionalities like sharing the content of the website on social media platforms, collect feedbacks, and other third-party features.
Performance
Performance cookies are used to understand and analyze the key performance indexes of the website which helps in delivering a better user experience for the visitors.
Analytics
Analytical cookies are used to understand how visitors interact with the website. These cookies help provide information on metrics the number of visitors, bounce rate, traffic source, etc.
Advertisement
Advertisement cookies are used to provide visitors with relevant ads and marketing campaigns. These cookies track visitors across websites and collect information to provide customized ads.
Others
Other uncategorized cookies are those that are being analyzed and have not been classified into a category as yet.
Save & Accept
Powered by